Our consortium met this week (19,20 and 21 June) in Stockholm, Sweden, in the premises of partner KTH in Kista. 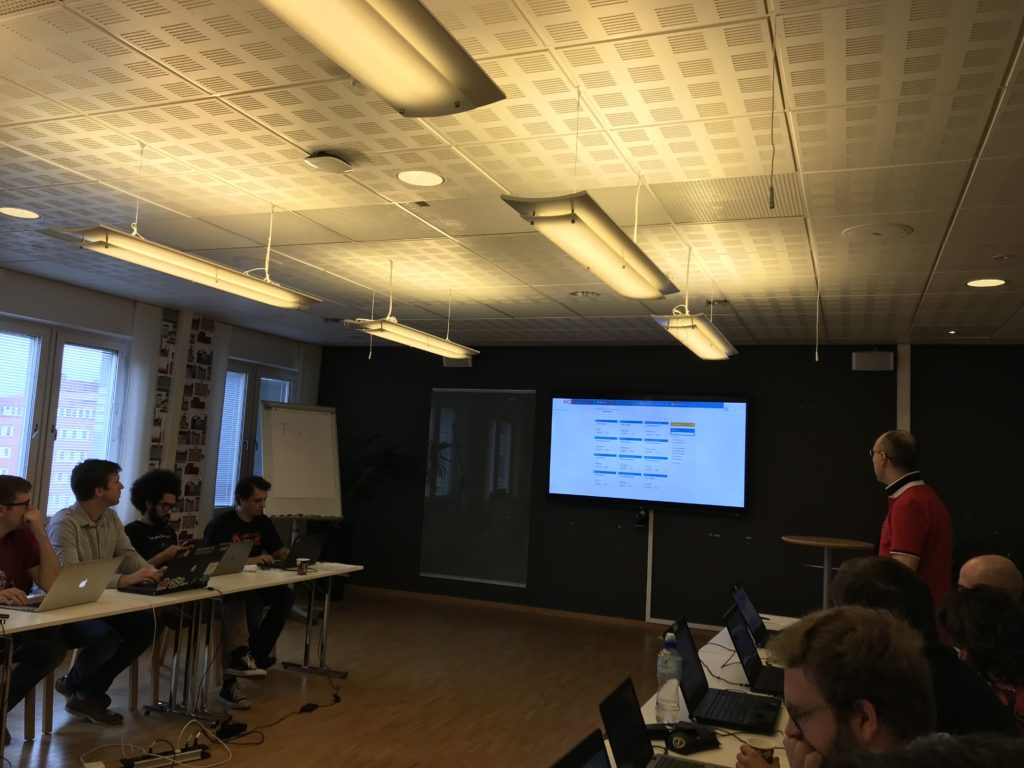 During the meeting the prototype version of the platform was showcased, with very positive feedback from all partners, while the AEGIS methodology was finalised and accepted by all partners.

A special outcome of the meeting was the direction of the AEGIS exploitation paths, which will follow an dual approach on providing AEGIS as a Service, but also as a Software to be installed in-premise, as the paltform offers the ability to link individual private clusters and expose only the assets one wishes. This, coupled by the Business Brokerage concept that is included in the methodology could lead to the expansion of the AEGIS network, offering stakeholder the ability to run private instances, but also take advantage (and to) public endeavours.

We also saw a self driving car running around Kista 🙂

Are you interested in Big Data and/or the Public Safety & Personal Security? Do not forget to: