A 2-day knowledge exchange workshop was conducted between VIF and ATB – Institute for Applied Systems Technology Bremen GmbH – in Bremen at 28.1 and 29.1.2019. VIF and ATB have met before in the Workshop Big Vehicle Data to Digital Services organized by VIF, where some common ground in research topics has been identified.

ATB is the coordinator of the H2020 Big Data project CROSS-CPP funded in the same call as AEGIS, namely ICT-14-2016-2017. CROSS-CPP aims at ‘establishing an IT environment offering data streams coming from mass products, such as vehicles and smart building automation systems’. CROSS-CPP is the successor project of AutoMat, which aimed at forming a ‘cross-border Vehicle Big Data Marketplace that leverages currently unused information gathered from connected vehicles’.

To facilitate knowledge exchange, VIF presented results of the AEGIS project to ATB and more specifically introduced the results from the automotive demonstrator with respect to inferring broken roads and safe driving. Many commonalities could be identified between AEGIS and CROSS-CPP. ATB has shown interest into the business applications developed by VIF in AEGIS, as similar ideas have been discussed by ATB in the AutoMat and CROSS-CPP projects with car manufacturers. ATB introduced the vehicle information model as a brand independent data model to make vehicle data available to cross-sectorial industries allowing cross-domain use cases, which will be extended in CROSS-CPP.

During this fruitful workshop many topics were aligned, and future cooperation activities were discussed. 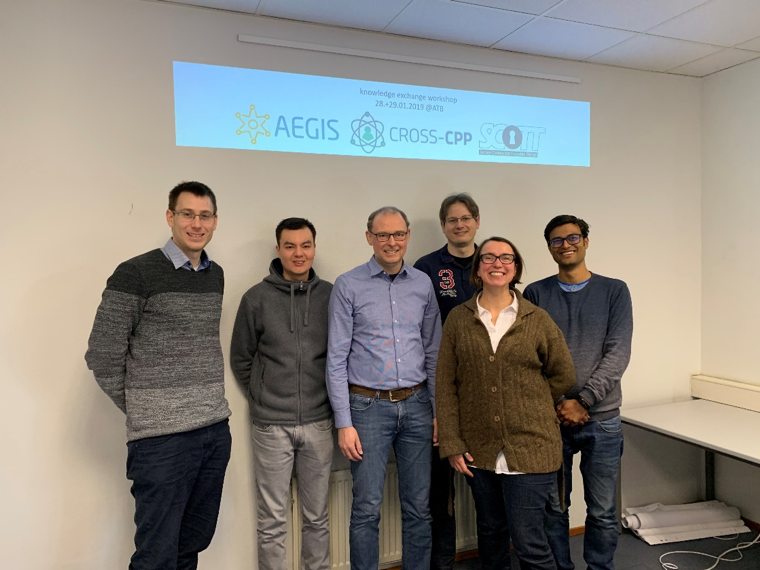 Are you interested in Big Data and/or the Public Safety & Personal Security? Do not forget to: